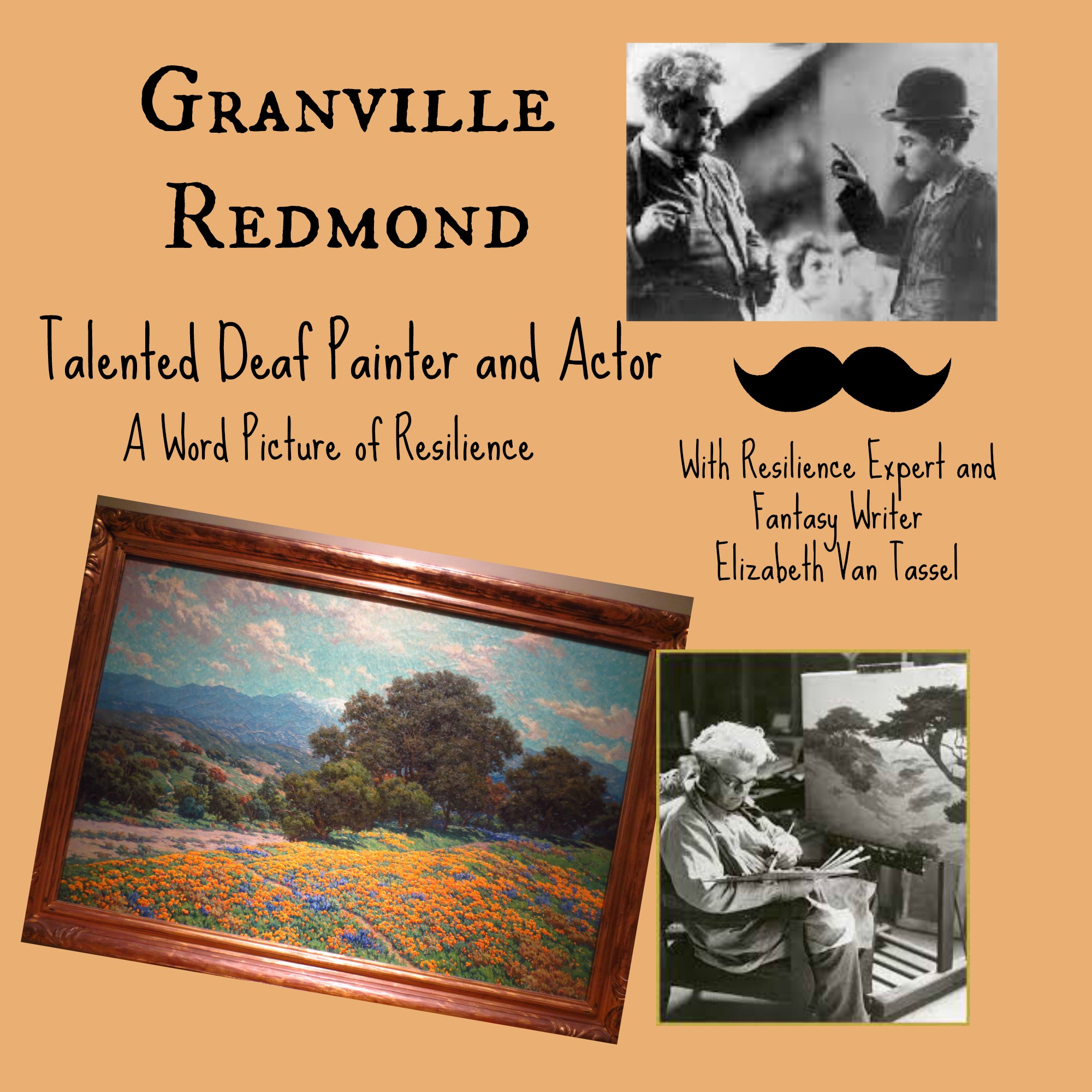 In honor of National ASL Day this weekend, I’m featuring the story of Granville Redmond, who I discovered recently at a visit to the Hunting Library in Pasadena. I was fascinated to learn about his life, stricken with scarlet fever and turned deaf at age three. Nothing held him back since he had parents that believed in him and were able to enroll him at the Berkeley School For The Deaf. There, his talent as an artist was discovered and flourished.

Later in life he became friends with Charlie Chaplin and taught him about pantomime, having great facial expressions, and the value of learning sign language. He starred in many of his silent movies. He continued to paint and fell in love with impressionism and the California countryside throughout his life (1871-1935). For a time, he met many famous artists and actors, and even lived in Tiburon, California, very close to where I grew up. Later he moved to Los Angeles, married and had three children.

Here’s a short visit to one of his paintings:

What I learned encountering Redmond’s story is the value of persistence, love for art and living life to the fullest. It gives me courage to continue to be resilient despite circumstances, and I hope it will for you too!

My main character in my fantasy stories is deaf, so I’m learning a great deal about this community and so admire them. Join Joey and I as we begin to learn sign language! I’d love to hear about your role models and how you’re celebrating this weekend too!